Jackie Onassis – First Lady, one of the select few, a woman whose love for the arts went hand in hand with her impeccable style. Her beauty and elegance, her positions of prominence, Jackie Onassis’ life and times were a memorable journey. Earning the admiration of the American people and the world consequently. 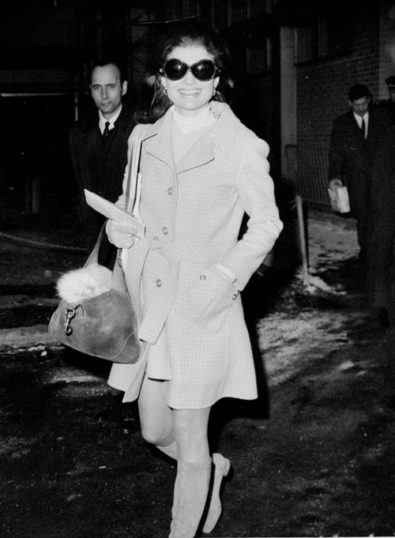 Born in New York on the 28th of July 1929, she began life as Jacqueline Bouvier,the daughter of a Wall Street stockbroker and an American socialite. Taking advantage of her privileged upbringing, Jackie took up a particular interest in the arts. Studying at the University of Washington, she would go on to earn a Bachelor of Arts degree in French Literature.

Bouvier would spend her adult moving in New York’s high society social circles. These types of occasions would prepare Jackie for what would come years later. What is more, Bouvier took up an internship at the prestigious Vogue magazine. During this time, she would travel from America to Europe.

It was in 1952 that Jackie was introduced to Senator John F. Kennedy. Little did they know this was the start of the journey. The attraction was immediate, key values held by the pair strengthened their initial relationship-most notably their love for writing and following the catholic religion. Over a year later the two were officially engaged. 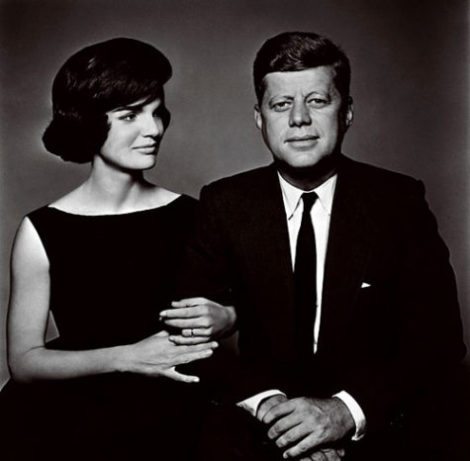 The two wed in September 1953. The day was a  massive celebration with many guests. It was above all, largely considered the social event of the season. When returning from the honeymoon in  Acapulco, they settled into their new home and began a life together.

Personal setbacks for the couple didn’t falter their drive and ambition, in actual fact, the adverse times made their relationship stronger. Jackie gave birth to their first child in 1957.

In 1960, Kennedy announces he was running for the Oval Office. During the election race, huge crowds would gather to see the couple and show their support for the campaign. However, Jackie fell pregnant again, a recurring theme during her husband’s senate and presidency campaign trail.

Jackie received a great deal of media attention for her choice of outfits. A woman with such beauty and social standing wore the most breathtaking garments from the era’s most respected and talented designers. This made Jackie a global style Icon.

People looked to her for the latest styles, for inspiration. Her style was subtle yet contemporary, her choice of eyewear made a huge impact on the industry.


On 8th of November, 1960, Kennedy was elected President of the United States of America, subsequently making Jackie the First Lady. In her role she would bring attention to American arts and culture, subjects she held dear and studied for many years.

She played a key role in the revamp and restoration of the White House. Furnishing and paintings designed and produced by American artists and designers gave a cultural identity to their new residence. This played true to her studies and beliefs. The White House needed character, and Jackie had just the solution.

A sad day in 1963 saw the assassination of her husband. The country was in mourning, as was Jackie. On one hand, Jackie had lost her husband, the father of her children, on the other, the country had lost one of the most forward thinking liberal leaders of their generation. Jackie fell into a deep state of depression, making few public appearances. 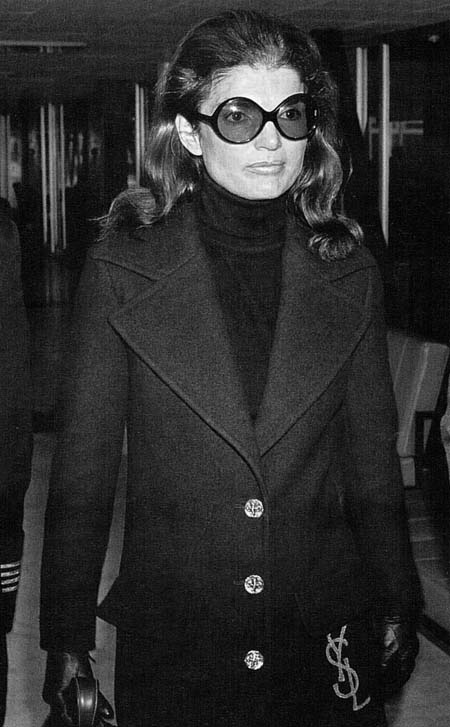 After years of mourning, Jackie married business magnate Aristotle Onassis, who was able to offer her privacy and security she needed after the tragic events. The media dubbed her Jackie O, a name synonymous with design, art, and fashion in the 21st century.

Her legacy remains. To this day she is considered one of the most adored First Ladies, her contributions to her country, fashion and politics are recognised and widely attributed to demeanour and decorum. Her clean cut simplistic style radiated calm and class. Admiration for Jackie O lives on.

Jackie Onassis’s personal taste in sunglasses was an oversized round eye, large butterfly, bold and beautiful frame. The design of oversized frame offers massive coverage and a certain level of mystique. The Ray-Ban Jackie Ohh II – RB4098 sunglasses are the perfect testament to the oversized build Onassis preferred.

The Jackie Ohh – RB4101 is a bold frame with a beautiful design. The RB4101 has enjoyed a great deal of success, becoming a cornerstone of our Ray-Ban collection.

“Even though people may be well known, they hold in their hearts the emotions of a simple person for the moments that are the most important of those we know on earth: birth, marriage and death.”      Jackie Onassis