Welcome to our third installment of ICONS IN ICONIC SUNGLASSES – THE CAT EYE, a polished acetate design with an up swept outer front frame, creating a feline mystique. Prevalent in the 1950’s and 60’s across North America and Europe, Cat Eye sunglasses were amongst the most popular styles of its era.

During the Cat Eye’s times as one of the most sought after pieces of eyewear, you could find America’s most notable actresses and fashion icons sporting the frame with grace and elegance. The distinctive style of the Cat Eye frame offers a seductive look that echoes beauty and fearlessness.

The impact the Cat Eye frame had on the industry can still be seen today. Many leading brands feature the style as a staple part of their collection, available in various designs, some subtle and low key, some more audacious than others. Ray-Ban put the best foot forward with RB4227, the classic Cat Eye style in polished acetate. To counter that, they have the Cats 1000 – RB4126, an oversized lens with a strong front frame where the top of the frame meets the temples. Dolce & Gabanna come with two bold frames, DG4277, a multicoloured paisley pattern which combines the cool design of the Clubmaster, with the resolute Cat Eye look, and the DG4278 Sicilian Carretto, the boldest and most contemporary of all the designs. Oliver Peoples feature the Gwynne – OV1178S and Josa – OV1187S, two up swept designs forged from metal, both offering the classic, yet faint Cat Eye aesthetic. Tom Ford have taken two drastically different approaches to the design, the Anoushka – FT0371 a strong frame with exaggerated  temples, and the Lily – FT0430, an understated frame, draws back towards the classic original style. Fendi give the Cat Eye their own spin with the FF0177/S Eyeshine, a full metal, round eye frame with delicate detailing. The FF0179/S Jungle has a bold front frame with colourful patterns either side of the lens and metal arms. The Chanel – CH5352 Butterfly Chain comes with a seductive charm like no other, a beautiful frame which stays true to the original Cat Eye style. 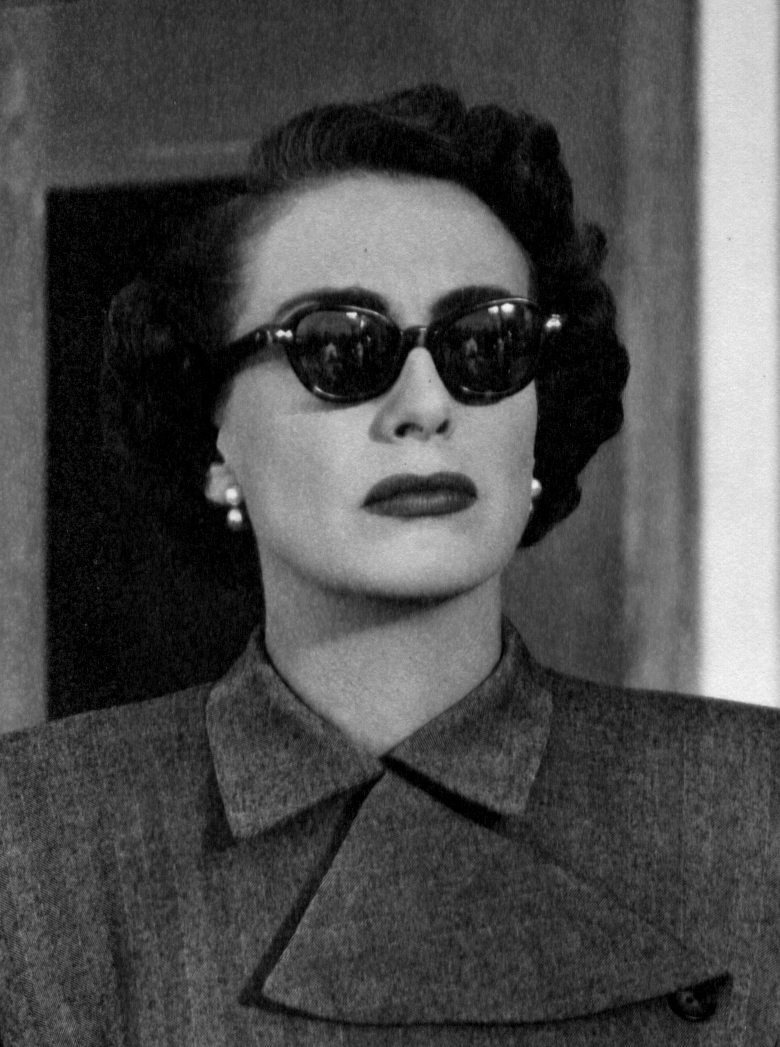 Joan Crawford
With a career in front of the camera that spanned over half a century, Joan Crawford originally started out dancing, which gave her an avenue into the film industry after her acting talents were discovered. After securing a contract with a leading Hollywood studio, Crawfords rise to fame began. Her strong desire to make a success of herself came from her own hard work and ability to market herself in the correct way. She gained iconic status from her tireless efforts and contribution to the film industry. 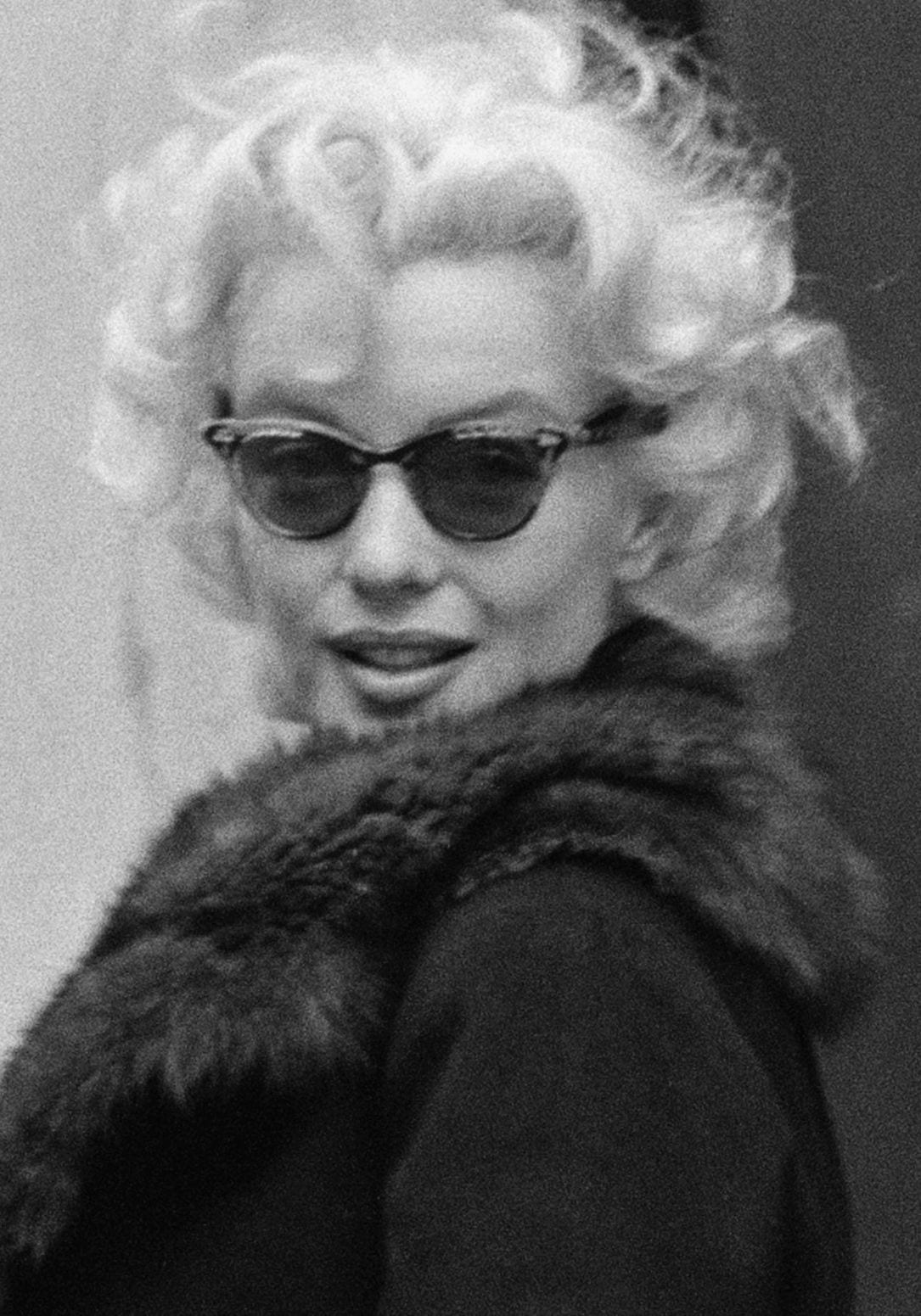 Marilyn Monroe
Marilyn Monroe is recognised as an icon of American pop-culture, a woman who’s beauty and sex appeal propelled her into the public eye, a status that is paralleled by very few. Monroe was the biggest star to come from classic Hollywood Golden cinema, her ability to fill cinemas and maintain the public attention made her one of the most profitable actresses of her time. Marilyn Monroe’s true beauty and voluptuous figure were admired wherever she went. Her excellent bodies of work and  turbulent personal life all contributed to her being remembered today with iconic status. 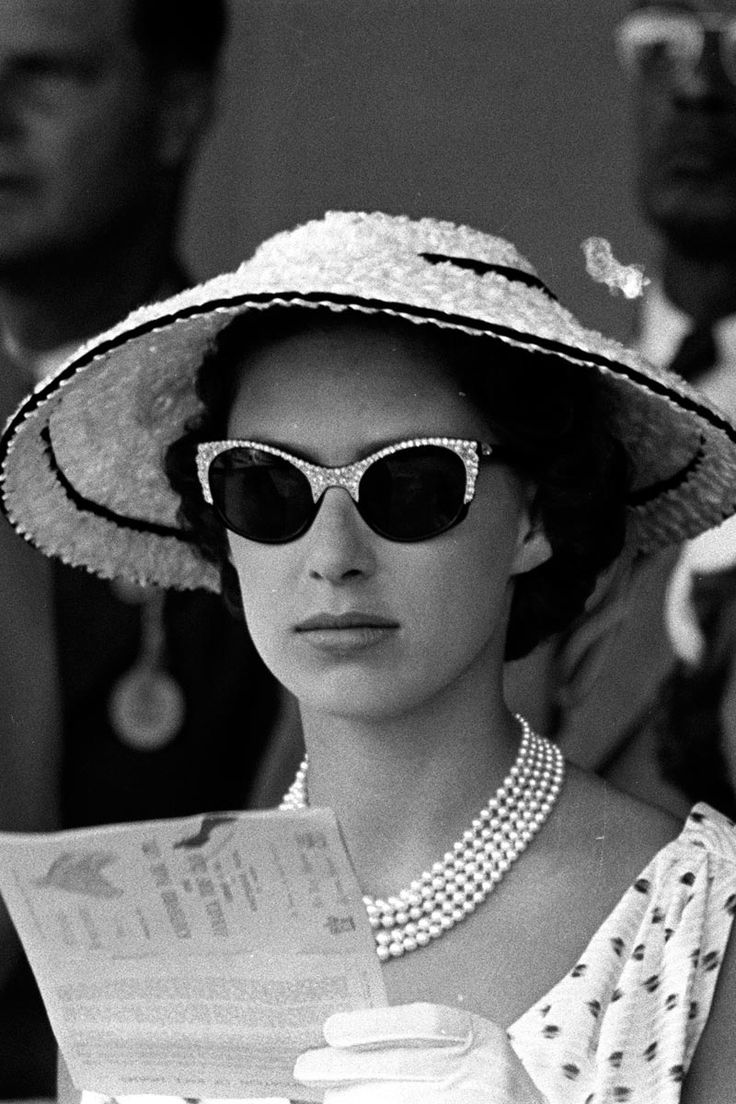 Princes Margaret
Princess Margaret,  The Countess of Snowdon enjoyed the life of a Royal, having been given the title of Her Royal Highness from birth. The Princess’s somewhat sheltered yet privileged life allowed her to be well educated and become a well revered figure of the Monarchy. Younger Sister to Queen Elizabeth II, Margaret was familiar with the finer things in life, from the latest fashion items and finest materials like silk and satin. Many parts of Princess Margaret’s personality were misunderstood,although this did not hinder the iconic status she gained during the 1950’s and 60’s or how she represented The Crown of the United Kingdom formidably. 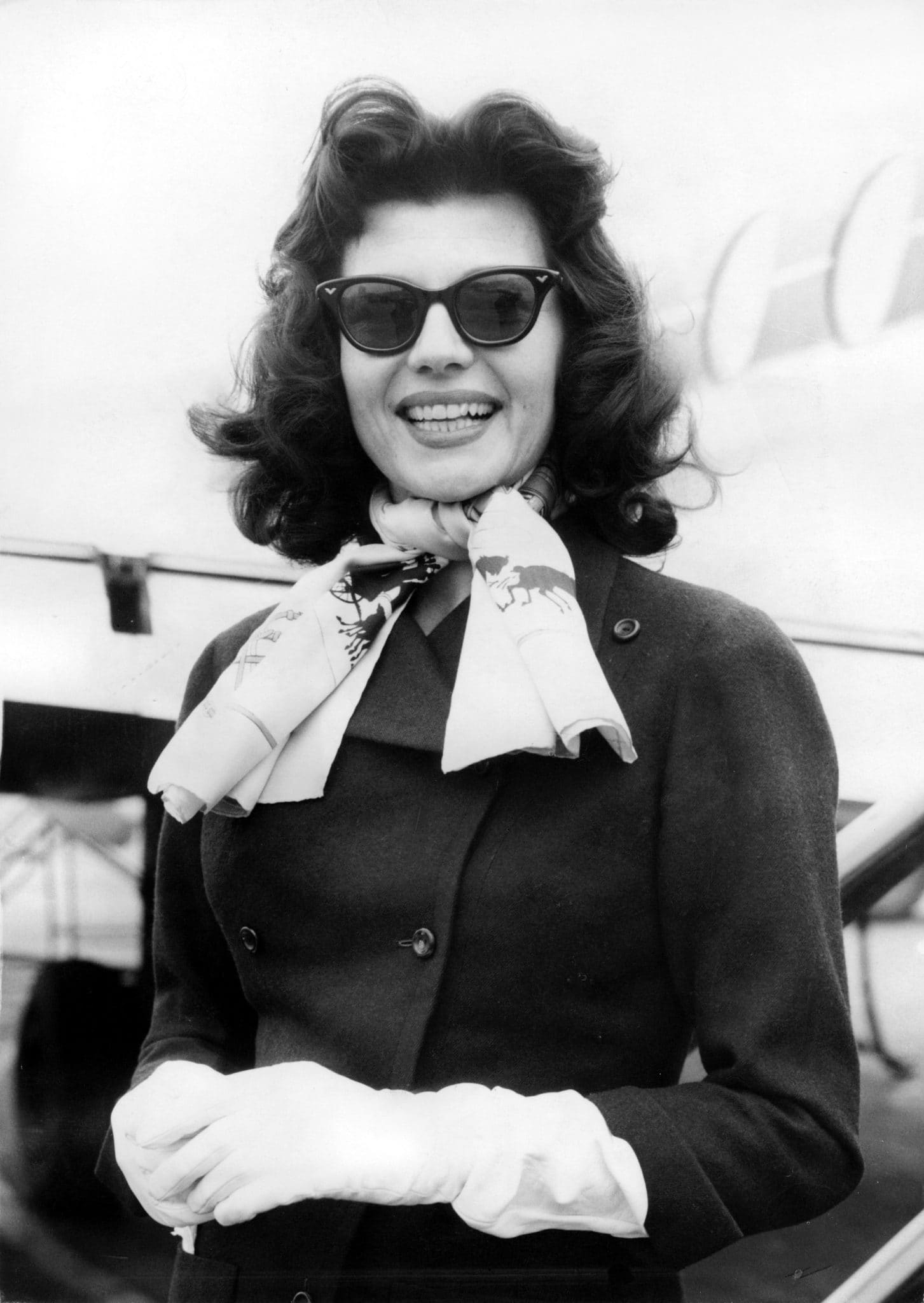 Rita Hayworth
During the 1940’s and onwards in America, Rita Hayworth was one of the most iconic and glamorous actresses to appear on the big screen and stage. Her beauty and elegance earned her the nickname “Love Goddess” from the tabloids, who fawned over the nations sweetheart during her rise to fame. Hayworth’s iconic status grew with her career, a career that spanned nearly 4 decades, starring in Hollywood film noir classics such as ‘Cover Girl’. She even earned a nomination for best actress for ‘Circus World’ in 1965. 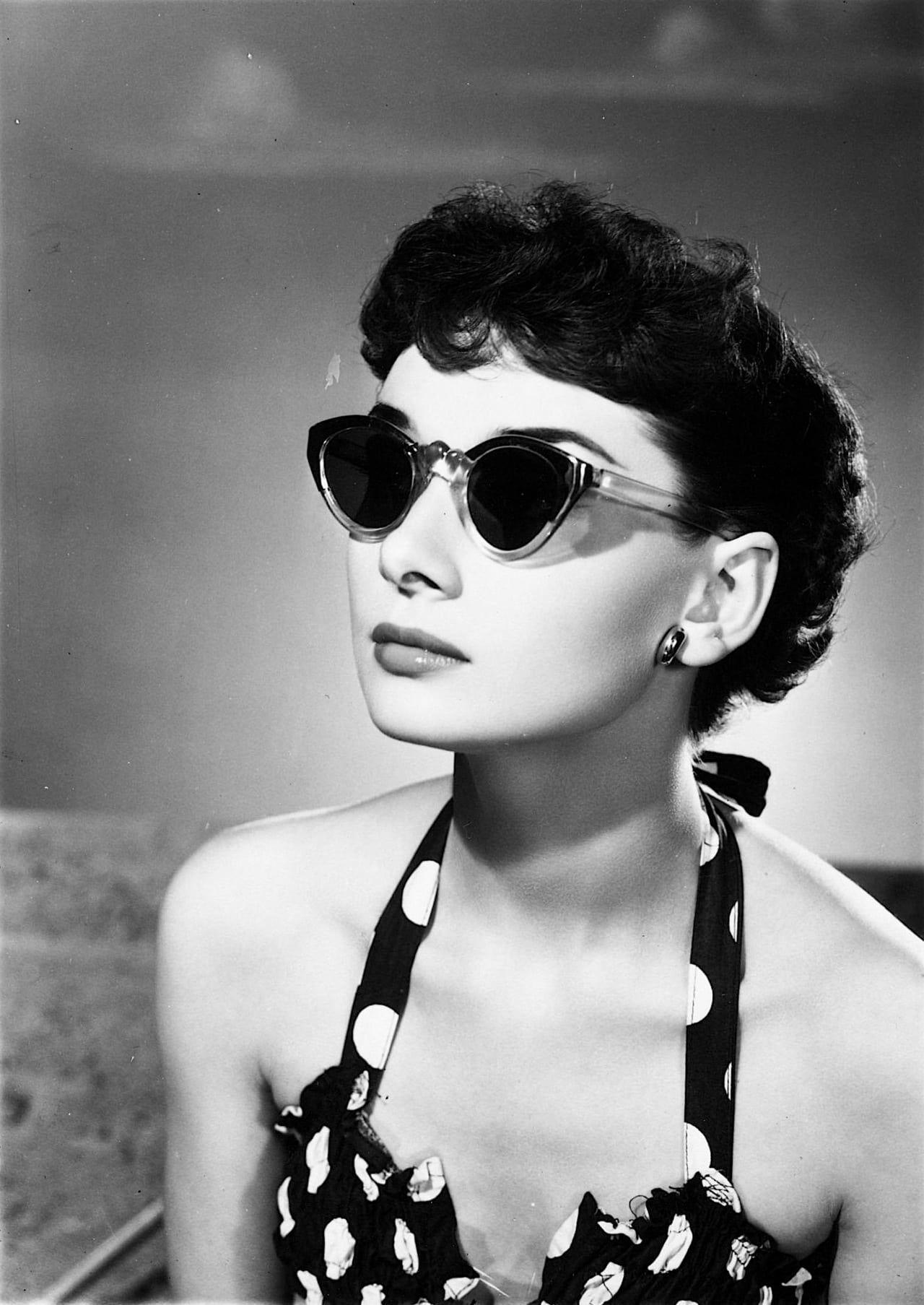 Audrey Hepburn
We are proudly able to claim Audrey Hepburn as one of our own, our Audrey was a British actress who earned iconic status through her delightful taste in fashion, alternative style, and petite build, all of which set her apart from her peers. Hepburn’s appearance was easier to imitate for younger audiences, which resonated across Europe and North America, taking a minimalist approach with her outfits and eyewear. Fashion played a key role in Hepburn’s career. The impact she made on the film industry can still be seen and felt decades later, allowing her to go down in history with iconic status.